It's hard to photograph Nick. He doesn't dislike the camera, however, his movements are so rapid that it is difficult to capture him when he looks at the camera. I have loads of 'eye roll' shots to share, but in all honesty it's not a great look! :)

The easiest thing to do is to give him the iPad and just go with the flow. 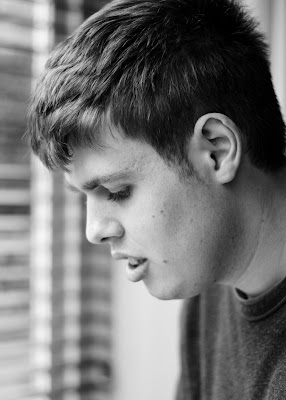 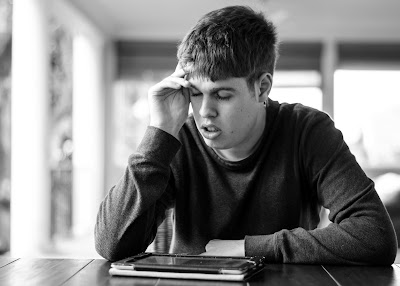 The second photograph makes me smile. I have this little trick of closing my eyes if Nick gets stuck in a loop of asking me the same old question again and again. He understands that I do not want to engage in his repetitive pattern. I love that he tried out my trick on me. 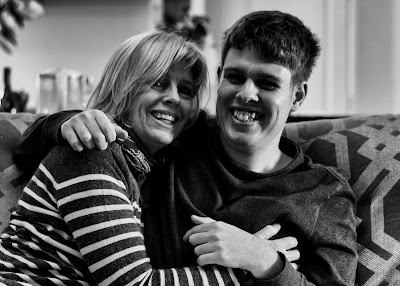 First attempt at self portrait in low light conditions.