Do we do too much for our children?

I was going through my old drafts ~ you know, those blog posts that were started and then never finished! I found this one, dated March 2011.....


I have a child who wasn't fully toilet trained until he was ten years of age.  He still needs assistance with dressing. He has only just begun to put on his own shoes. He doesn't know how to brush his teeth. He can't undo his seatbelt. He can't make toast or cut up an apple......... and the list goes on!!


Nick does have motor planning issues and sensory problems blah, blah, blah!   However, have I been a bit lax in encouraging independence?  Yes, absolutely!!  It is all too easy to use the excuse, "oh, he has special needs!"  Silly me - I should have been encouraging and motivating him from the very beginning. Although, to be fair on myself, young Nick was never too keen to do anything with me. He was resistant to any suggestions and extremely stubborn to boot!

I am pleased to report that Nick is now extremely capable of dressing himself, although at times the t-shirt is on back to front! As for the shoes, what a breeze.... dead easy for my boy! (don't ask me about shoelaces!!). He can undo any seatbelt and we now need to teach him how to put it on! The toast making is a bit iffy, although he collects all that he needs and also puts it away when finished. I haven't really made an effort with the apple, the way Nick waves a knife around is bit off putting! :) The toileting issue ~ at times I have responded to Nick's "uh,uh" (mama) only to discover most of the toilet roll unraveled on the floor. I quickly realised that I need to teach him how to tear a few strips off the roll. We are still working on this one!


This past year has seen me be a bit more proactive with Nick! The extra time that I have put into my boy has also made me more aware of his developmental level and what areas need to be addressed. This year has also made me realise what Nick *can't* do. For a kid with a multitude of challenges he is doing great... BUT he could be doing better! Life has been too easy for him, so easy that he is quite content to sit back and wait for us all to jump to his every whim. OK, that is a bit of an exaggeration but I am sure that you get my drift! He has a learned helplessness about him! On a positive note, Nick is no longer resistant to interacting/engaging with me! He can still be a bit stubborn, but hey, he is very nearly a teenager! :)


My goal for next year, my New Year resolution so to speak, is to use any opportunity to help Nick discover, learn and succeed. There is no rush. We will take it slow. We can do it! We will do it!


In the following clip, Nick is trying to take the lid off the toothpaste. Yes, I know.... he is 12 and doesn't know how to remove the lid! Why is this you ask? Well, ummmm, *blush*, I have been doing it for him!


~*~
This video clip ran for 10 minutes, however, because I don't want to bore you silly, I have edited the footage to show you the first few seconds and the last few seconds. The clip shows Nick's lack of awareness of my perspective......... but wait until you see the end of the clip!!
~*~
Helping Dad unload the car!! 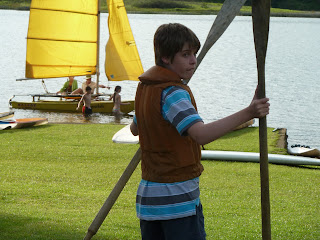 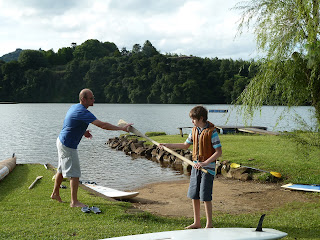