I found another board game that looked like it had more potential than Junior Scrabble. Rather than write up a new framework, I decided to use the same one as yesterday's post...  Junior Scrabble.

My goal for this engagement is to connect with Nick and share the enjoyment and experience of playing a game together.


Our board game of choice:

Catch me if you can.

I take a turn / Nick takes a turn.

This game calls for four counters each. The objective of the game is to (throw) push the dice, read the number and then move the correct counter. This is too much for Nick, therefore we will only have one counter each and the first person to get their counter 'home' is the winner.

Having one counter each makes the game/activity shorter and more manageable for Nick.

No distractions. Game to continue until first person is home.

Lots of declarative comments. Scaffold by helping Nick to count the spaces he needs to move.... keep it simple, 'one, two, three...'. Pause a lot to give Nick the opportunity to attempt the counting. Use noises (for example; a little cough) if he forgets that's it my turn. Be expressive about each move, emphasizing my enjoyment of the game!

I placed the game on the table and made a comment along the lines of... 'I found this game that looks like fun'.  Nick walked past the table on the way to his fav sofa. He looked at the game, looked at me and then moved away. No big deal, I thought, I will just carry on with what I am doing.... (making a cup of tea).

A short while later, Nick went to the table and took the game out of its box. Woohoo, of course I was dancing with delight that he made the first move. We played the game for a few moves each before Nick decided he had had enough. I helped scaffold his last few moves to ensure that we ended the game on a positive note. 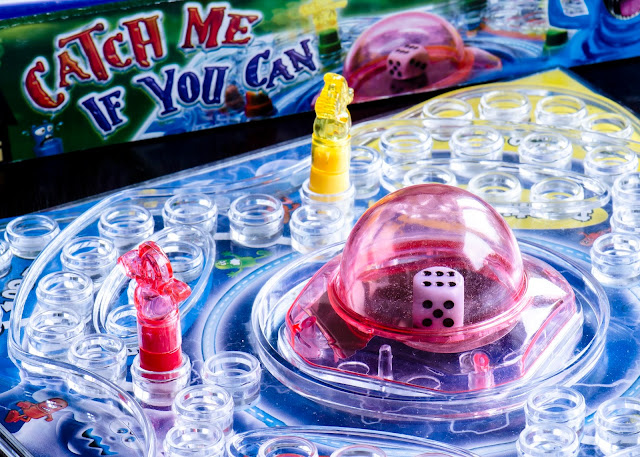