Subject: Browns' School prize giving
Hello Di
Thank you for agreeing to be our special guest speaker at our Autistic Unit prize-giving on
at 08h30.
Please let me have a brief CV and an idea of your ‘topic’ on the day.
Sincerely
HOD Autistic Unit
~ * ~
Well, here is my brief CV............
Di Maitland is originally from .  She met her husband Allan in and when Allan was due to return to , she was easily persuaded to make the move with him!  Before starting their family, Di worked as a Grade One Teacher at in .

Thomas came along in 1996 and life was easy, however, a few years later Nick was born and they entered the world of special needs.  Due to a lack of school opportunities for their son Nick, Allan and Di founded Kids First and opened their doors in January 2006.
Di is an active member of the autism community. She gave a presentation ‘Relationship Development Intervention, A Mother’s Experience’ at the February 2010 Autism South Africa, workshop.  An edited version of the presentation was published in Pep Talk, a magazine produced by the Association of Children with Disability, based in . The same article was also published in the Autism South Africa Aut Talk.
Di was a member of the Living Experience Panel at the November 2010 Conference, Autism & Development Disabilities: The South African Context. She spoke about her experience of having a child with special needs.
Out of interest, Di is a keen South African rugby supporter EXCEPT when they are playing against !
~ * ~
My topic is 'Creating Connections'............... and that folks, is as far as I have got!! 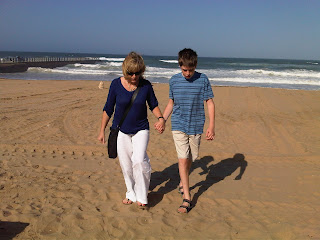 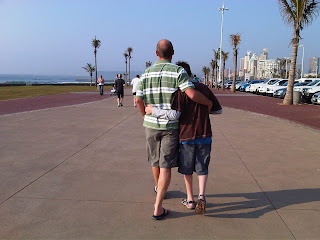