A Regular Day in Our World

6am:  Nick came bounding into my bedroom. Yay, I got a sleep-in. Big win. (The husband was away).

6:15:  I put on my proactive parent hat and got Nick showered, helped him with breakfast, gobbled down my porridge and hustled him out the door.

8:00:  We arrived at the beachfront to find everyone else had the same idea.

8:05:  Before leaving the car, I asked Nick to stay with me as there were too many people around and I didn't want him to get lost. *On quieter days I am happy for him to roam.

We checked out the long line of people waiting for tables at a popular cafe. Hmmm, decided to look again after our walk.

As we walked, Nick pointed out people with happy faces, cross faces and people on cell phones. He showed me boys, girls, beards and other various bits and bobs that interested him.

At one point he made the gesture for 'finished'. My response was to inform him that I wanted to go to the end of the pier to watch the surfers. After that, we could then go for a milkshake. Nothing wrong with a little bit of bribery, I say!

Nick waited patiently while I spent a bit of time on the end of the pier practicing my photography. 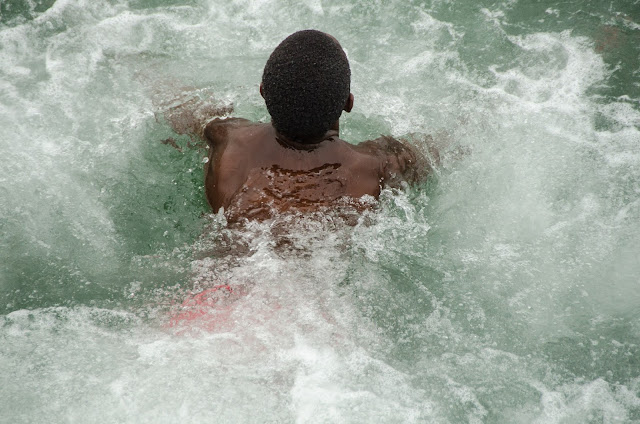 We bumped into Nick's Physio and her family. Our little meet up added a nice curve ball to our outing as Nick is not used to seeing her in a different setting. He handled the experience comfortably.

We then headed back to the cafe for the much anticipated milkshake. Oh woe is us, the line was still very long. But, hey ho... no sweat. I change our plan and tell Nick that it would be easier to go to the Mall. This was not an issue for him.

After a delicious strawberry milkshake... and cappuccino for me, we hit the shops.

First up was the Pharmacy. Then the smart grocery shop. Thereafter, the good old bread and milk store. We walked together. We took on various roles; taking turns with the trolley, passing items, placing items on the cashier's desk and other regular mum and son stuff. 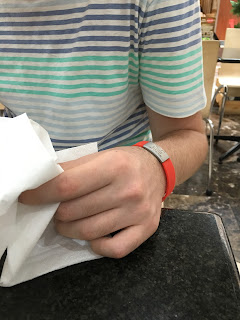 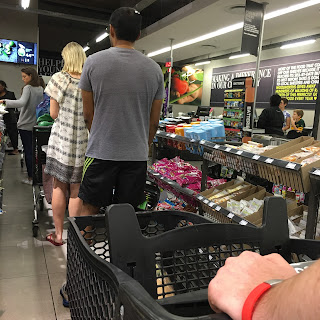 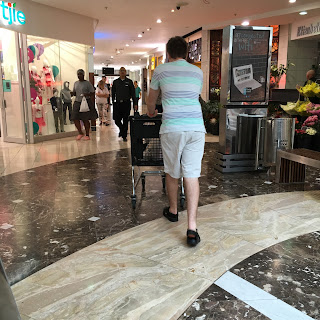 I love outings like this where everything just flows. Nick cruises along and takes it all in his stride. He doesn't need a rigid schedule and he remains relaxed if I need to change our plans. It's fabulous to have a flexible teen. The stress we lived with in the early days is now a distant memory.

On a recent trip to Hong Kong and Vietnam, I was offered a taste of snake soup. My imagination went wild and it made me feel a little nauseated. I also had a bag of cooked Quail eggs thrust towards me.... I am not good with eggs at the best of times and there was no way I could bring myself to sample one, although I did have fun snapping a few photographs! 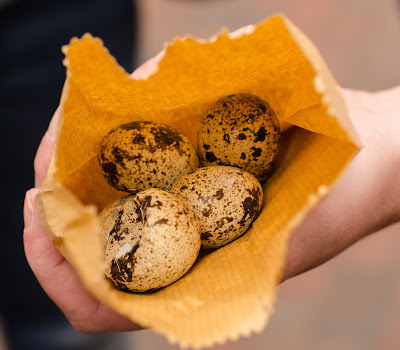 Unlike me, Nick doesn't have any preconceived ideas about what he could be eating! However, he is an extremely picky eater; although to be fair, sensory issues most definitely play a role in his unwillingness to try anything new. When I think about experimenting with Nick's limited range of food, I try to take into account my own feelings when confronted with a food that I find scary unappealing. This has helped me to be more mindful of how I introduce new tastes and textures to Nick.

If you have been following this blog for a few years, you will know that Nick's food issues got so bad that he was refusing everything except cereal. I had to take a stand and do something about it. Over time, Nick has come to understand that I have one rule and that is he must try one piece/a small morsel/sample of what I offer him. I don't make a big deal of it and Nick knows that I won't make him eat anymore than that one taste. Having this rule has helped tremendously and his food intake is so much better than what it was two years ago.

I also use the concepts, 'same but different' and 'edge plus 1'. For example; Nick loves Macaroni Cheese. One day I added a couple of cooked peas. I told Nick that he was having the same Macaroni Cheese, however, it was a little bit different because of the peas! Over time, I kept adding more peas and he now gobbles them up with ease. Recently I started adding a tiny bit of finely chopped chicken breast.... and again, I will gradually increase the amount and size of the chicken pieces.

Our food journey is a long story and one that doesn't have an end in sight. My aim is to make it an enjoyable and encouraging adventure. 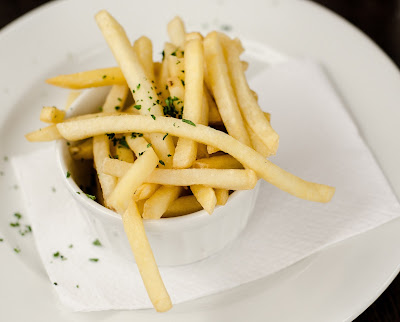 Posted by Bright Side of Life 4 comments: