You can find more Silent Sunday pictures over HERE!

Posted by Bright Side of Life 20 comments:

Power of the pause..

I have been guiding Nick on how to make his own toast.

Yes, I know that he is nearly 14 and I should have done this years ago!

Pah, such is life!

I have chosen to guide him the RDI way.

For sure, it would be a lot easier for me to tell him what to do....

No problem, he could do this as easy as pie (except butter the toast).

HOWEVER, would he be thinking about what he is doing? Would he be planning his next step? What if he dropped a piece on the floor and it was quickly snapped up by the dog? Would he be able to make his toast independently without any prompts?

Hence, I chose to guide him the RDI way, to encourage him to think for himself, to make his own decisions and to also learn from his mistakes.

I decided to take each step of the process slowly and at Nick's pace, although always being mindful about giving him a little challenge... taking that one extra step past his level of competence. We have been doing great and after a few days we have reached the *butter the toast* stage.

I must share with you that we hit a little bump in the process... around Number 6. As in, we had to wait for the toast to cook! Young Nick is not really used to hanging around while the toast is cooking. He generally races over to the stereo and turns on his music. He then grabs some magazines, plonks himself down on the couch and flips through the mags as he listens to the music!

This time his old mum (that's me!) put a spanner in his spokes. As the toaster was turned on, he indicated that he was going to turn on the music. I didn't say, "no". I didn't say, "stay here". I said, "I am waiting for the toast to cook!". Well, would you believe it, he decided to stay with me!

He didn't find it easy to hang around the toaster and during that very first attempt of *waiting for the toast to cook*, he did hop around a bit and get a little stressed. I made the occasional declarative comment...."the toast is cooking", "the toast is nearly ready". At no time did I tell him to, "stay".

Voilà, sure enough, Nick was still there when the toast popped. His choice! :)

It was a challenge for him..... it was his edge plus one.

Fast forward a couple of days and we reach the reason for this blog post.

Waiting for the toast to cook was no longer a challenge for Nick. He felt competent with waiting. He knew that I wasn't going to push him too far beyond his level of competence and he was also in tune with the comments that I made every now and then.

How did I fill in that gap, the waiting period?

Lovely things happen when I pause.

Special things that make the activity much more about the engagement than the actual cooking of the toast.

A wonderful opportunity to engage with each other.

And then, yummy toast at the end!

Email ThisBlogThis!Share to TwitterShare to FacebookShare to Pinterest
Labels: declarative comments, edge plus one, pausing, power of the pause, RDI, Relationship Development Intervention

I love travelling and will happily find any reason to pack my suitcase and hop on a plane to anywhere. This time my excuse was to attend an autism conference in Dublin, Ireland. I did admit to the husband that I was actually going for the *me time*, to which he responded with only a frown ~ phew, I got off lightly...what a good man!

The trip didn't start off well. My first flight was very late and I only made the international connection because the plane waited for me and 25 other people. Unfortunately my luggage disappeared and wasn't seen again for another three full days!

I then had two hours between my London/Ireland connection and made the most of it by frantically buying some clothes to kit me out for the conference.... No way was I going to be a bogan (Australian term that I learned from an Aussie during the flight to London!) and wear tired old running shoes to an international conference! 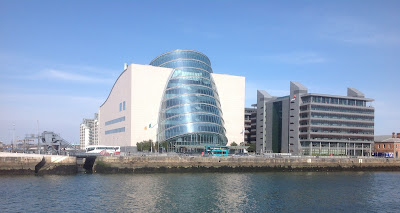 I enjoyed the two day event and felt that it was... "seriously cool to be in a room of nearly 500 people who have a connection with autism and know that I am not alone on this crazy topsy turvy journey. :)" (My facebook post on my Bright Side wall!)

The organisers did a fantastic job and we had a vast array of speakers to listen to. Best I not get into all the nitty gritty of the conference as there is just too much information to share, and I like to keep my blog posts relatively short!

There was also partying to be had, however, what happens on tour, stays on tour! ;) 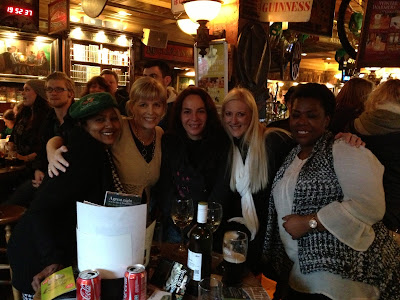 I decided to stay in Dublin for an extra two days after the conference had finished. #Justbecause. I was so fortunate to met up with a friend called Kathryn and her two very gorgeous little girls. Also did a bit of sightseeing with a Durban friend and I even winged a day of being alone and enjoying a long walk around the coastline near a small fishing village called Howth. Truth be told, the hike takes around four hours and I did cheat by taking the bus to the summit, hence cutting a couple of hours off the hike. (The tired old running shoes came in very handy!) 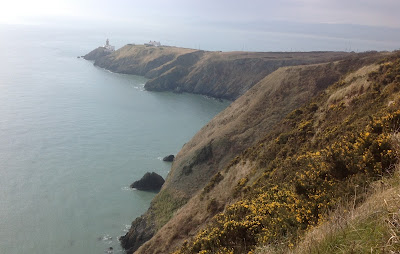 That very same evening I met up with two lovely blogging gals, Looking for Blue Sky and Jazzygal. I have been following their blogs for quite a long time and it really was wonderful to meet them in person. Yeah, yeah, I know there are two teapots on the table... they came with the pudding!! Please note the wine glasses! 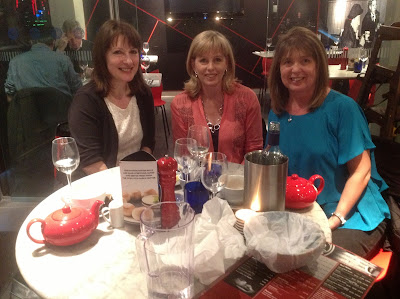 The next morning I bid farewell to Ireland and headed back to London. For the next 24 hours I spent time with my sister, hit my favorite Orla Kiely shop, had an awesome supper with friends at Jamie's Italian in Covent Garden, slept in (which is very rare!) and also spent  time window shopping in Oxford Street! 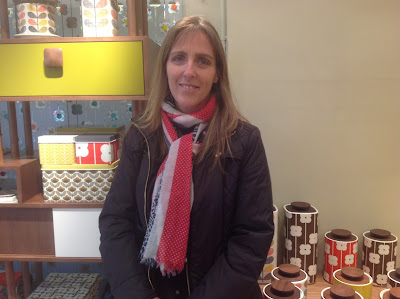 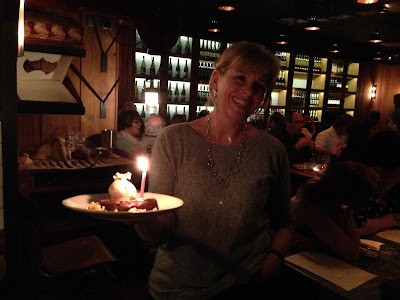 Celebrating my birthday in style at Jamie's Italian!

The trip is now but a memory. I loved every minute away and will definitely be going back to spend some more time in Ireland. As for those tired old running shoes ~ I need to put them into good use and try and get rid of some of the weight picked up in Dublin.. and I am not talking about the suitcase!