Life has been easy for us of late, so perhaps we were due a shakeup! Mind you, I wasn't expecting Nick to throw us such a huge curve ball.

Thursday lunchtime: Hot face + cold feet = temperature
Friday lunchtime: Lots of gunk in his throat. Dr. describes him as chesty and gives him antibiotics.
Saturday: Can't get antibiotics into him as they come straight back up. By Saturday night, my uneasiness continues. We decide to take him to the emergency room at our local hospital. After an examination and x-ray we were floored when told that Nick had Pneumonia.

From there, it was a matter of finding a room that could accommodate him and me. By this time he had also been hooked up to an IV and was being pumped full of saline, antibiotics and pain killers. The following three days involved medication, nebulizing and Physio. Food wasn't an issue as he had completely lost his appetite and only managed a few apples and some cereal.

I really take my hat off to Nick. His whole world was turned upside down and he just went with the flow. The Nebulizer did cause a little bit of stress, however, we made a plan and added in some scaffolding when necessary. He was in hospital for three nights and I spent the majority of time with him, including the nights. That dodgy green Lazyboy was my bed!

I think that our saving grace was the fact that Nick was so calm, which in turn kept my feelings on an even keel (or perhaps it was the other way around). There was no rush or drama. We followed the lead of the hospital staff, and they in turn also took guidance from me.

Nick's resilience continues to amaze me. 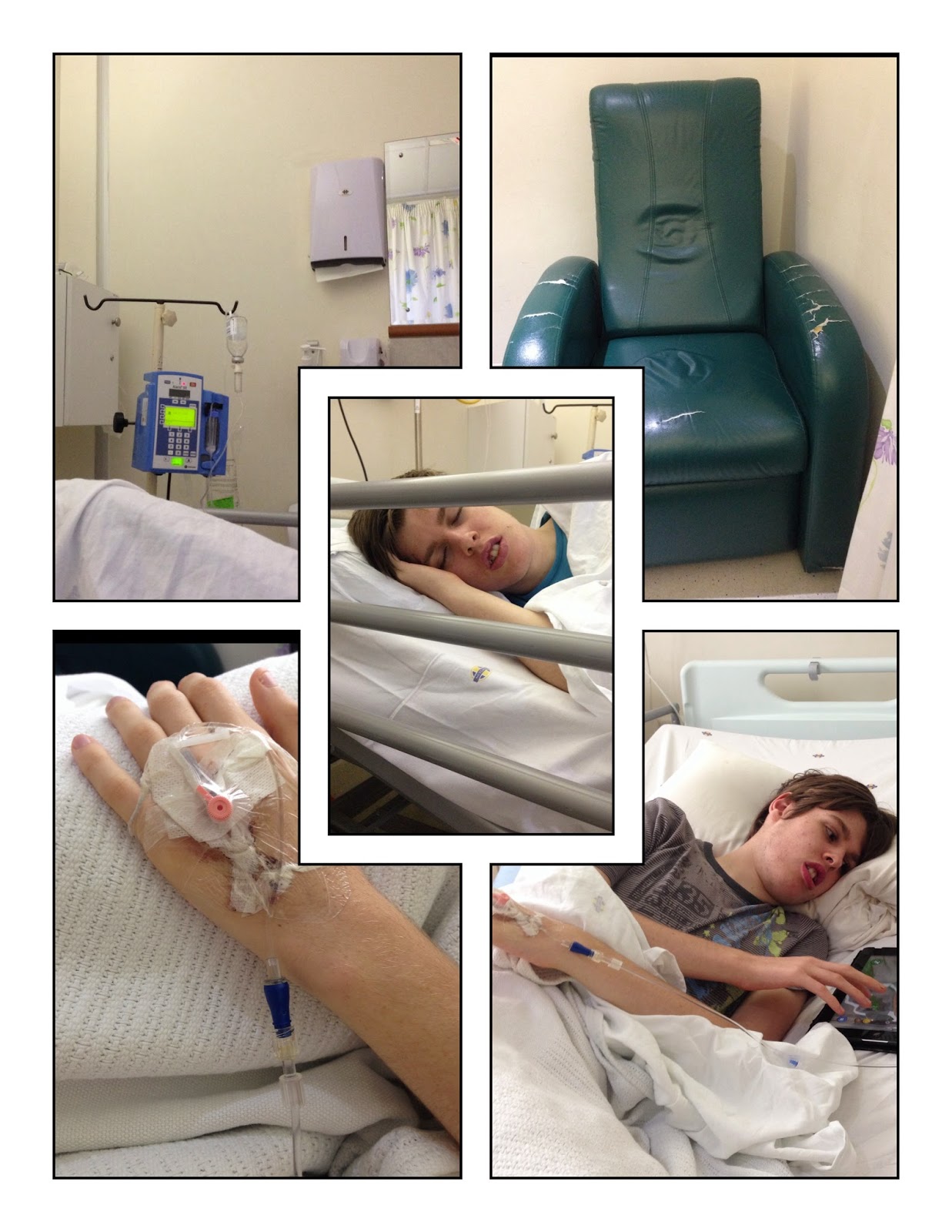