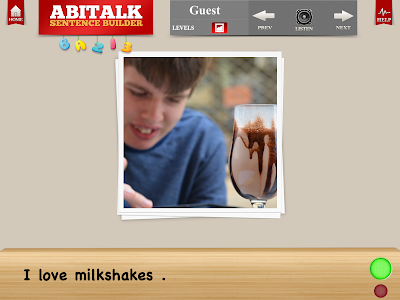 Nick is very keen on milkshakes, however, he does tend to gulp them down too quickly. In fact, he is like this with any type of liquid. I have tried on numerous occasions to slow him down. I have modeled, guided and directed.... to no avail.

Nick also has extremely low muscle tone and this is very evident around his mouth. His bottom lip droops and his lips are always apart. Over the last few months he has been pushing out his bottom jaw and placing his lower teeth over his top teeth. We have spent years of therapy trying to help with his tone, yet it is getting worse.

Well, I had a bit of a *aha* moment today when we went out for lunch. After munching away on a huge plate of Spag Bol, Nick requested a milkshake. It was thick and creamy and needed a good old stir to make it easier to gulp down. As is standard practice, Nick indicated that I should stir the milkshake. Well you know, I was just plain fed up with doing the whole stir stir thing. A fleeting thought made its way through my brain... 'what would I do if this was Nick's big brother?'

I looked at Nick and said, "Nick, you are a big guy now and I am no longer going to stir your milkshake. Also, from now on you are going to have to use a straw!"

Well, can you believe it? He used the straw. It took him an age to get through the milkshake, yet he tried his very best. As for that lip closure ~ WOW. I wonder what Nick's tone is going to be like in six months if he keeps using a straw. Then again, I wonder what his waistline will look like if we make this a regular therapy! 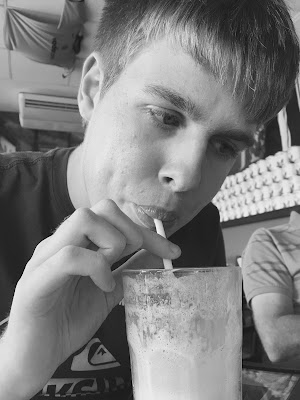 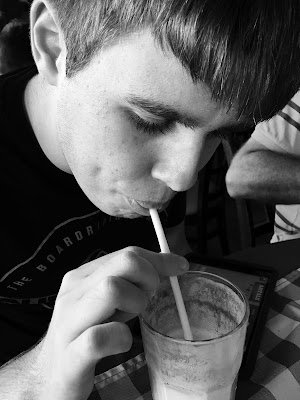