We are going away for the weekend, so I thought it would be a fab idea to invite Nick to help pack his own case. I wrote up a framework plan for our engagement. Taking the time to think about the activity and writing down all the information helps keep me focused on the engagement.

My main purpose for this activity was to ensure that I addressed Nick's edge+1. Adding an extra little challenge and being mindful not to push him too far.

#1   I pass Nick one item and he places it into the case.  We do this for roughly 6 items.

#2   We swap roles. Nick chooses an item and passes it to me. I place it in the case. Etc.

No distractions...... shut the bedroom door to keep the dogs out! 3 pairs shorts, 3 t-shirts, 3 underwear, 3 sets of sleepwear.
Small carryon case with zip.

I mentioned to Nick that we were going away and that I would love some help packing his bag. He happily came with me to his bedroom. I set up the first pattern of passing him one item at a time. Without any guidance, he placed the items into his case. The clothes were packed rather haphazardly, however, this didn't concern me and I just ignored the mess! When I felt he was feeling confident with his role, I paused the action... and then very deliberately moved to where he was standing. I waited for literally a second before he realised that our roles were changing... and he went to the cupboard.

I made declarative comments about what we had packed and what we still needed to pack. Nick was listening and responded accordingly. We finished the packing with ease. I had thought that the change of role and then choosing his own clothes would be his Edge+1. However, Nick was relaxed and showed no inclination to leave.

I needed to put some thought into my next step, and also let Nick know that we were going to attempt something else. I then starting speaking my thoughts aloud so that Nick could listen to my processing. As I gazed around the room, my eye caught the case and the fact that it was still unzipped. Aha, that could be Nick's challenge.... doing up the zip on the case. Nick immediately went to the case to close it. Woohoo for self talk!

Manipulating the zip was a challenge for him, he pulled and pushed and turned the case around. I helped scaffold a couple of times, which prevented him from becoming overwhelmed with the challenge. I was very impressed with his resilience and the fact that he continued to persevere with the tricky zip. Way to go, Nick. 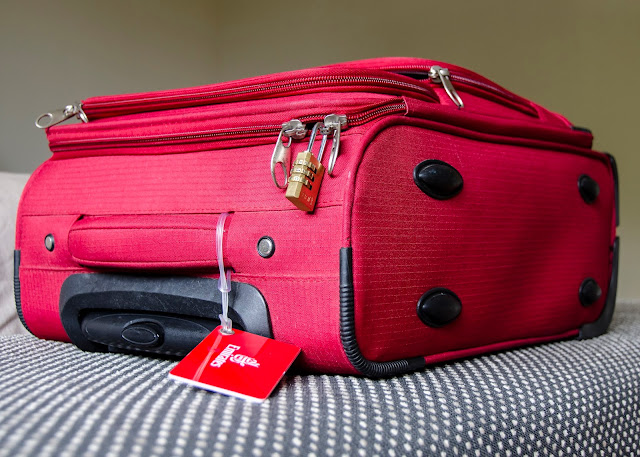