Hey hey hey, it's a cooking day. I have exposed Nick to many activities that involve cooking. From buying ingredients at the grocery store to dabbing icing onto cookies. He feels comfortable when I invite him to join me. With that in mind, I decided it was time to throw him a curve ball, a little variation.


My goal for this activity was to introduce Nick to a new pattern and see how far we could go with it. #edge+1.

Note: For this activity, I chose to use photographs of the ingredients.

I hold my cell phone, choose a photograph and then show it to Nick. For example; an onion.
Nick looks at the photograph and collects the item from the cupboard/drawer ..... and then gives it to me.

Be prepared.... Take a photo of each item before the activity. Or, Google a picture of each ingredient and take a screen shot (to show variation of product... same but different). Have only one photograph for each item needed. Only select nine items. No distractions... no dogs, no music, no iPad, no monkeys, no TV.

Lots of non verbal expressions and eye gaze. Declarative comments to help scaffold when Nick can't find an item. Lots of pausing to slow down the activity.

Nick has a general idea of where everything is. For example, the onions live in a special drawer with the garlic. The tins of tomatoes live in the cupboard along with the condiments and other cooking paraphernalia.

He quickly cottoned onto his role of looking at the photo on my phone and then moving off to go and find the item. At times, he didn't stop to put any thought into what he was actually looking for, therefore I had to pause his action and show him the photo again. He needed further assistance when he couldn't find the carrots in their usual spot. For this, I made a few little noises to get his attention and then used eye gaze to point out the general direction of the carrots. He began to get a little irritated after seven items, so I made sure to tell him that there were two left to collect and then we were done. Spotlighting that end goal helped him tremendously and meant that I could push him just a tiny bit further.

I will definitely be revisiting this activity. I really liked having the photographs as a guide and it was great to see Nick using them so effectively. I am thinking.... pictures / pictures and written words / written words. The possibilities are endless. 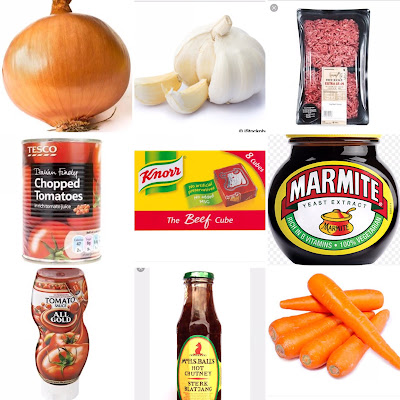